What to do if you think a child is being abused 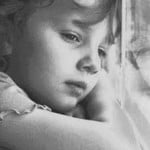 For professionals that work with children, such as teachers, doctors, or counselors, there are strict laws covering the reporting of child abuse.  However, for others, when and how to report suspected child abuse is often unclear.  What is generally understood though, is that if child abuse is even remotely suspected, it should be reported.

Child abuse reports can be made anonymously by calling your local child protection agency (such as Child Protective Services) or your local police or sheriff department.  If circumstances are such that you are fearful or want to remain anonymous, you may submit a child abuse report here and we will forward it to the authorities for you.  In addition, suspicion of child neglect, such as young kids being left without supervision, should also be reported.

What information is needed

When reporting child abuse or neglect, be sure to have as much information as possible about the child.  Knowing the name and age of the child and abuser is a good start but it is very helpful if you can recall specific instances where the child appeared to suffer from abuse or neglect.

Remember that your standards of parenting may be higher than the other parent’s and their behavior may not necessarily constitute child abuse or neglect.  For instance, an occasional screaming at a kid may not be classified as child abuse whereas a parent who is always screaming at a kid would warrant a call to your local child protective agency.

There are some occasions when you should report suspected child abuse immediately to emergency services rather than to the child protective agency.  If you witness a child being abused, or you perhaps hear a domestic fight in progress, you should report immediately.  Similarly, if you hear the child being threatened with physical violence then you should waste no time making a report.  You can remain anonymous, though you may need to meet with the police if suspected child abuse has occurred.  However, a child in immediate danger of child abuse needs your help right away. It is not something you would want to mull over for a few days.

It can be difficult to take on the role of neighborhood watchdog or be the person who “tells.”  We’re often taught as children that “tattling” is wrong.  However, children have little protection in an abusive environment.  They may not be able to report incidents themselves, or they may be so used to the abuse that they do not realize what they are experiencing is criminal and wrong.  Stepping in and reporting can initiate an investigation, which may help to ensure the safety of children.

What you should avoid at any costs is direct confrontation of the abuser.  This could put you at potential risk, especially in cases of spousal abuse.  It could also tip off an abuser who would then have time to cover his or her tracks and threaten or coerce the abused child.  Talking to the child, unless you are a professional, is also not a good idea.  You might risk the child’s safety if he or she confides in you, and then lets this slip to his or her abuser.

Most importantly, remember that an abused child is never to blame and seldom have developed the fortitude to report their abusers to the authorities.  It is up to other responsible and caring adults to protect them from harm.