How to Spot a Sex Offender in a Crowd 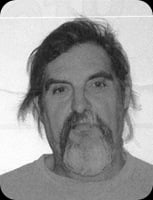 Can you spot a sex offender in a crowd?  Most likely, no.  But research studies have shown that there indeed are common traits in sexual offenders and pedophiles.  Taken individually, most of us demonstrate some of these traits ourselves. But taken as a whole, these traits can may serve as warning signals that something is amiss.

Characteristics of a sexual offender

The following are characteristics of sex offenders that have been culled from several research studies (typically surveys conducted with convicted sex offenders).  Where percentages are listed, they are statistics of the group that was studied.  Careful attention should be paid to the meaning behind the percentages as you can glean information from the percentage of the group that was excluded from that characteristic.  For instance, 20% of sex offenders have other psychiatric problems which implies that 80% do not have other psychiatric problems.  The percentages will be more relevant if you compare them to percentages of the general populous.

Common traits of a sexual offender

Sex offenders also demonstrate common psychological traits.  Like the statistics presented above, these traits are found in non-abusers too but sexual offenders demonstrate a disproportionate degree of the traits.

In general, there are several behavioral characters that should set off warning bells in a parent’s mind.  Many sexual offenders: