The Many Signs of Physical, Emotional, Sexual Child Abuse or Neglect 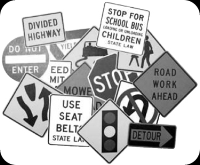 The earlier child abuse is discovered, the better the chance the child will recover and lead a normal life. It’s very important that it be caught early on. Fortunately, there are many warning signs that a child is being physically, emotionally, or sexually abused. With a little bit of observation and thoughtful evaluation, you can analyze the child’s situation and spot the warning signs that point towards a child in an abusive situation.

Child abuse is often categorized as either emotional, physical, sexual abuse, or neglect. Each type of abuse results in different signs that you can key on to determine whether the child is being abused. In any case, suspected child abuse should be reported to the authorities so the situation can be further investigated.

Signs that may indicate a child is being emotionally abused

Emotional abuse entails the parent or caregiver abusing the child through belittling, coldness, corrupting, harassing, ignoring, isolating or terrorizing the child. It entails much more than mere verbal abuse. It is an attack on the child’s emotional and social development and is a threat to healthy human development.

The following are warning signs that a child may be emotionally abused:

In addition, you may observe strangeness in the relationship between the parent and the child.

Signs that a child is physically abused

Physical child abuse involves the parent striking, hitting, kicking, or in any other manner physically injuring the child. Although the act of physical abuse itself may rarely be seen, there are plenty of warning signs that a child is being physically abused.

The parent may provide clues that they are physically abusing the child too.

Signs that a child is being sexually abused

Sexual abuse victims provide many signs. For information on sexual abuse signs may be found here.

Parents who sexually abuse children can provide plenty of warning signs to.

Neglect is also a form of child abuse and in severe cases, may result in death of the child. Regardless of the parents social stature, neglect can be corrected with supplemental, often free, resources. Signs of child neglect include:

Parents who neglect their children may also demonstrate recognizable behaviors.

In general, any time a child shows sudden changes in behavior or performance in school, there’s a indication that they may be abused. Children that seem unduly fearful, watchful as if something bad is about to happen, or seem to not want to go home typically have a good reason for those fears.

A parent who shows little concern for their child or blames the child for problems are quite likely abusive to the child. If a parent sees a child as worthless or entirely bad, chances are high that they are abusing the child too.

And the relationship between the child and the parent is a dead giveaway that something is amiss. Parents and children who rarely look at each other or who openly state that they do not like each other are in a relationship that is almost certainly abusive.