Emotional Child Abuse and the Impact on Children 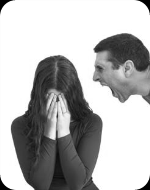 Emotional abuse, or psychological maltreatment, is a fairly common form of child abuse but one that is often difficult to identify and categorize. Although complex and difficult to define, experts agree that occasional negative actions or responses to a child are not considered emotional abuse (we all lose our heads at times and say things we regret later).  Regardless, even occasional emotional abuse may be harmful to the child.  As Douglas Besharov states in his book, Recognizing Child Abuse, “emotional abuse is an assault on the child’s psyche, just as physical abuse is an assault on the child’s body.”

What is Emotional Child Abuse or Psychological Maltreatment?

The National Center on Child Abuse and Neglect defines emotional abuse as: “acts or omissions by the parents or other caregivers that have caused, or could cause, serious behavioral, cognitive, emotional, or mental disorders.”  The American Medical Association (AMA) describes emotional abuse as: “when a child is regularly threatened, yelled at, humiliated, ignored, blamed or otherwise emotionally mistreated.”  Examples given by both include confinement of a child in a dark closet, habitual scapegoating, belittling or making fun of a child, calling a child names, and always finding fault in the child.  In all cases the key to classifying emotional abuse is to examine the potential result of the emotionally abusive action – whether or not it damages the child’s emotional or social development.  They key to understanding, classifying, and correcting emotional abuse lies in a deep understanding of the various forms of emotional abuse and their specific impact on the child.

A parent telling a child they are stupid or ugly is an example of belittling or putting down the child.  Belittling will eventually cause the child to view themselves in a way consistent with the abuser’s repeated statements about them.  This places a limit on the child’s emotional and social development.  They will never see themselves as anything more than what the abusive caregiver tells them.

Belittling a child impacts and shapes the child’s behavior and behavioral development.  Studies have demonstrated that children who have been consistently belittled demonstrate higher rates of physical aggressiveness and experience interpersonal problems lasting well into adulthood.  The effects of emotional abuse are compounded if the child is also physically abused at the same time.

Examples of coldness would be a parent ignoring a child when the child’s feelings are hurt or turning the other way when the child asks for help.  In a normal parent/child relationship, children grow to expect an environment that is open to exploration and learning.  If a caregiver demonstrates coldness towards a child, the child will inherently learn that the world is a cold, uninviting place and they will never feel confident in their ability to grow, explore, and learn.  This will result in the child’s inability to form normal relationships and may lead to antisocial behavior.  A child raised in a cold environment will inevitably end up being a cold person.

A parent allowing the child to participate in acts of theft or vandalism is an examples of teaching a child antisocial or corruptive behavior.  With corruptive emotional abuse, the child is taught, encouraged, or forced to develop inappropriate behaviors.  This will naturally accustom the child to corruptive, antisocial actions and the child will eventually accept these actions as if they were norm.  The result will be a child unable to fit into a normally functioning society.  In addition, it’s almost certain that the child’s learnt corruptive behavior will result in their voluntary participation in criminal acts that will realize subsequent problems with law enforcement.

Although similar to belittling, harassment includes an additional factor – fear. A parent that harasses a child invokes stress in the child which will hinder the child’s ability to handle normal stress situations.  A child that is continually harassed will develop natural defensive mechanisms to mute the stress and often these defensive mechanisms are unhealthy.

Whether physically or psychologically, ignoring a child involves the parent not being present to respond and care for the child.  This type of emotional abuse is easier to detect in public situations because you will notice that the parent will not look at or acknowledge the child.  This can traumatize the child as they learn that they are not worthy of attention.  It often results in a child with low self esteem and an inability to trust others.

Isolation is a form of emotional abuse that often accompanies other types of abuse such as physical abuse or sexual abuse.  A caregiver who is physically or sexually abusing a child will often isolate the child in an effort to keep their abusive acts hidden and secret.  In and of itself though, isolation is a form of emotional abuse.  A parent who isolates a child cuts them off from normal social experiences and prevents the child from forming normal social relationships.  In addition to preventing a child from normal social interactions with their peers, isolation may take the form of confinement or limitation of the child’s freedom of movement (such as locking a child in a closet).  The impact of isolation extends beyond behavioral and psychological damage.  Isolating a child can impair their intellectual and emotional development too.

Similar to isolation but rather than ignore the child, the parent actively rejects or refuses to respond to the child’s needs.  They may refuse to touch the child or may actively ridicule the child (which itself is similar to harassment).  Rejecting a child will teach them that they have no self value.  In many instances, a rejected child will develop a host of self-soothing behaviors to compensate for the rejection.  Studies have shown that children who suffer from rejection are more likely to exhibit hostile, aggressive, or passive-aggressive behaviors and are likely to be extremely dependent on others.

Terrorizing is similar to harassment but typically involves threat of physical abuse.  The caregiver may threaten or bully the child to create a climate of fear.  Terrorizing may also involve placing the child, or someone (or something) the child cares about, in a dangerous or fearful situation.  It may also involve threatening the child with harm if the unrealistic expectations of the parent are not met.  A child who is terrorized experiences undue stress which hinders the child’s ability to handle normal stressful situations.

The signs of emotional abuse

The signs of emotional abuse vary greatly and may include the following:

Emotional abuse is difficult to define and substantiate

Emotional abuse is the most difficult form of abuse to substantiate and prosecute, especially if it is not accompanied by physical or sexual abuse (which it often is).  In most cases, physical injury is required before child protective agencies will step in and do something about an emotionally abusive parent.  To prove emotional abuse, you must collect and assemble substantial documentation about the abusive events including dates and times, location, participants, and nature of the emotional abuse.

Impact to the child

Emotionally abused children often grow up to become an adult who is anxious, insecure, and slow to develop.  They often have a very low self esteem.  Emotionally abused children may exhibit destructive behavior, aggressive actions such as fire setting and animal cruelty, and may be withdrawn and prone to drug and alcohol abuse as they grow older.  Many have difficulty forming relationships and will have unstable job histories during adulthood.  They may also exhibit low cognitive ability and fail to achieve the necessary or required educational objectives.  And as stated above, most emotionally abused children continue the cycle of emotional abuse with their own children.

What can you do to prevent emotional abuse?

Firstly, recognize that we all make parenting mistakes.  Never be afraid to apologize to your child if you make a mistake.  Children will learn from this and understand that the parents actions were wrong and should not be repeated.

Never call your children names or attach labels to them such as “lazy” or “stupid”.  You must take care to not imply these ideas either.  The sentence “Oh, you are so smart” can take on an entirely different meaning depending upon how you enunciate it.

Ensure you use appropriate corrective actions to discipline a child.  Teaching natural consequences of their actions is a must but can easily be taught through time outs or grounding without resulting to emotionally abusive tactics.  Degrading a child as a means to correct behavior is never a good idea.  It may help to remember that the intent of discipline should be to teach the child appropriate behavior rather than punishing or humiliating them.

Be sure to give your child plenty of praise and complements for a job well done or for good behavior.  Giving complements even for the smallest acts of good behavior will help produce a child who is confident and comfortable in social situations.

If you feel you are about to lose control, remember the old “count to 10 before you act” adage.  Briefly isolating yourself from the situation gives you time to cool off and then take appropriate action rather than acting on impulse.