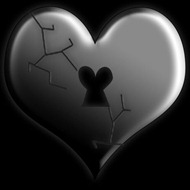 Reported incidents of child sexual abuse are markedly on the rise. What is especially shocking is the fact that the reported incidents represent only a small portion of actual occurrences of sexual abuse. Child abuse affects individuals and families regardless of class, income, profession, religion or race. The statistics are truly alarming. It is currently estimated that one-third of all children are sexually abused before the age of 18. This includes 40% of all females and 30% of all males. The vast majority of these reports involve very young children, below age seven.

The long term implications to the child are disturbing.  Children who are sexually abused are known to have lower IQs and have an increased risk of depression, suicide and drug problems. Abused children are 53% more likely to be arrested as juveniles and 38% more likely to be arrested for a violent crime. During preschool years, abused children are more likely to get angry, refuse direction from teachers, and lack enthusiasm. By the time they reach grade school, they are more prone to being easily distracted, lacking in self-control, and have a higher risk of not being well-liked by peers.

There are many commonly held beliefs about sexual abuse that are wrong. One is that abusers are always men (see how to spot a sex offender in a crowd).  In fact, reports of female perpetrators are on the rise, involving both male and female victims.  At least 5% of abusers are known to be women.

Another myth is that the abuser is usually a stranger when in fact, more than 70% of abusers are immediate family members or someone very close to the family.  Remember – bad guys don’t always look bad; they’re often the people we love.

A third myth is that the abuser is always hated by the victim when in fact, often the victim loves and protects the perpetrator.  The reasons children may protect the abuser is complex and varied.  Some children may feel “special” about the abuse.  It may be the only attention or physical contact they get.  Because of this, some survivors, even into adulthood, will deal with the abuse by minimizing it in their minds.  Thus, they make the abuser and the events “OK” in order to mask their pain.

If you are one of the survivors, you are acutely aware that these numbers represent much more than statistics.  They represent the pain and anguish and shattered dreams of so many individuals.  If you are a survivor you are also aware that it’s often not the mysterious stranger in a trench coat who commits this type of crime.  Typically it’s a friend, a parent, someone you love and trust – and it often happens at home.  The effects of this kind of brutal betrayal are shattering and may last a lifetime.

Specialists in the addiction field (alcohol, drugs and eating disorders) estimate that up to 90 percent of their patients have a known history of some form of abuse.  Recent studies (Calam, 1989; Blume, 1989) point out that substance abuse, including “food abuse,” is a frequent aftermath of early sexual abuse.  Current studies (Koopmans, 1990) demonstrate that the vast majority of children and adolescents who attempt suicide have a history of sexual abuse as well.  However, many individuals are resistant to seeking treatment for sexual abuse.  This is especially true for males and adolescents.  Men are often extremely reluctant to admit to any history of abuse and often fail to identify it as such.  Many survivors are in denial of the effects of early abuse and may fail to see any connection with later tendencies toward ongoing abusive relationships, feelings of self-loathing, inability to trust, or problems with intimacy.  Some patients denigrate themselves further, claiming that their abuse could not have been “as bad” as that of other victims.  If you are one of those, don’t kid yourself.  All abuse is bad.

The diversity of examples and case histories may lead one to ask, “What is sexual abuse?”  There are many definitions.  One of the most succinct is provided by the Incest Survivors Resource Network.  They state “the erotic use of a child, whether physically or emotionally, is sexual exploitation in the fullest meaning of the term, even if no bodily contact is ever made.”  This last point – “no bodily contact” – is crucial.  A parent who exposes a child to intercourse or deviant sexual behaviors or pornographic materials is abusing that child.  New York State law now clarifies that such abuse is a crime.  The law defines a sexually abused child as one whose parent or person legally responsible for the child’s care, commits, allows to be committed, permits or encourages a sex offense against the child, including prostitution, incest, obscene sexual performance or sexual conduct.

Sexual abuse in the extreme includes ritual and cult abuse.  Ritual abuse involves a specific rite or form in which the abuse is encapsulated.  Cult abuse embraces a “religious” or spiritual belief system, usually Satanic.  Cults may consist of individual “dabblers” or small, isolated groups.  They may also include generations within families or whole segments of communities.  They operate by destroying all bonding for their victims, and surrounding the child with total unpredictability or powerlessness.  Drugs or trickery may be employed…sometimes even murder.

Incest was traditionally defined as sex between close relatives.  But incest is, above all, abuse; abuse by the very person(s) entrusted with the child’s care.  Incest is “any use of a minor child to meet the sexual or sexual/emotional needs of one or more persons whose authority is derived through ongoing emotional bonding with that child.”

Incest is especially common in families where an alcoholic is present, where judgment and boundaries are impaired.  If the perpetrator always commits the act while under the influence of alcohol or some other substance, (s)he may have no memory of the events.  Victims also may or may not remember.  The trauma may be so severe that part or all of the abuse is blocked from conscious memory.  This may continue for many years until something triggers a “flashback,” although the effects of the abuse, emotionally or behaviorally, continue all along.

Health professionals are legally obligated to report suspected child abuse when there exists reasonable cause to suspect.  Absolute certainty that abuse has occurred is not required.  This rule applies to all civilians too.  You may be civilly or criminally liable if no report is made.  An anonymous call may be made to the child protective services agency for your state.  Anyone may call this number to report suspected abuse.

No child is psychologically prepared to deal with ongoing or intensive sexual stimulation.  Even very young children, two or three years old, may sense that the sexual activity is “wrong”, but they are unable to stop it.  Abused children are frequently threatened that if they tell anyone, they will be killed or sent away, or their puppy will be killed; or their whole family will breakup.

Children subjected to sexual over-stimulation, with or without threats, will develop problems.  Those older than five years of age may become caught between loyalty to or dependence on the perpetrator, and shame at doing something “wrong.”  The result is that over time, the child develops low self-esteem, feelings of being worthless or “dirty,” and an abnormal view of sexuality.  How do you recognize such children?  There are many signs:

Adult incest survivors may demonstrate some of the following symptoms:

Some psychological issues may appear repeatedly.  For example, victims typically blame themselves for the abuse, even if they were two or three years old at the time of the event.  Guilt and shame are suppressed, along with intense feelings of rage

If the rape or molestation was committed by an individual of the same sex (i.e., a man abusing a boy), questions regarding sexual orientation tend to arise in the patient (“I must be gay; after all, a man raped me!”).  Female victims will frequently develop sexually promiscuous lifestyles in an effort to “conquer” the situation and bring it under their control.  In other instances individuals will largely withdraw from any social or sexual interactions in order to avoid the feared stimuli, and may turn toward extremely isolated lives.

The connection that is made for victims between sex and pain (love and humiliation, closeness and betrayal) is a particularly disastrous one.  Frequently victims will express and/or demonstrate the belief that the only way to be loved or cared for is if they are also being abused (“I knew if I didn’t let him keep beating me, I’d always be alone”).  Often, in the extreme, physical and sexual abuse are even viewed as a normal part of everyday life.  Healthy boundaries do not exist for these individuals, and therefore, healthy relationships are impossible.  Victims will actually respond to feelings of loneliness or sadness by abusing themselves (e.g., self-mutilation) if the “significant other” is not available to do so.

One of the more difficult issues that arise is the recollection, by some individuals, of experiencing a certain amount of physical pleasure during a molestation or incest.  This adds enormously to the sense of being at fault and “dirty.”  Thus, one of the aims of counseling is to educate survivors as to normal physiological responsiveness.  The realization that their feelings are/were normal helps tremendously toward alleviating the sense of shame.

Counseling for victims is very important.  The opportunity to relate to others who have shared these feelings, as well as the experience, is part of the healing power of counseling.  The sense of isolation, of being “different from the whole world,” quickly begins to subside when victims are able to relate to others.  It is only in revealing the secrets and dealing with the pain that survivors of sexual abuse can and do go on with their lives.