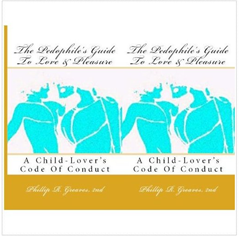 “The Pedophile’s Guide to Love and Pleasure: A Child-Lover’s Code of Conduct”, published on November 3, 2010, was pulled from Amazon.com shelf after thousands of users posted angry comments and threats to boycott the site.  The self-published e-book, formatted for Amazon’s Kindle e-book reader, was available on the site for download until late Wednesday for $4.79.

The book presents a sympathetic view of pedophiles and offers its readers advice on how to protect children from sexually transmitted diseases and how avoid getting in trouble with the law.  After much debate, Amazon finally pulled the book but Christopher Finan, president of the American Booksellers Foundation for Free Expression, said Amazon has the right under the First Amendment to sell any book that is not child pornography or legally obscene.  Finan said Greaves’ book doesn’t amount to either because it does not include illustrations.  Facebook followers strongly disagreed with Amazon’s publication of the book with one Facebook petition winning more than 14,000 supporters.

On Wednesday, Amazon defended selling the book in response to a report published on BusinessInsider.com.

Amazon believes it is censorship not to sell certain books simply because we or others believe their message is objectionable. Amazon does not support or promote hatred or criminal acts, however, we do support the right of every individual to make their own purchasing decisions.

Before it disappeared from the site Wednesday night, customers had posted more than 2,000 comments on the Amazon site.  Most customers condemned the book’s stated content, as well as Amazon’s decision to make it available.  One user commented:

It is ILLEGAL to molest children, and for Amazon to promote such is insane. I’m an abuse survivor, and am OUTRAGED Amazon would choose to promote this nonsense. I will not be purchasing anything from your website until this is removed.

On November 11, 2010, torn between censorship and morality, Amazon relented and pulled the book from its online store.  In 2002 and 2009 respectively, Amazon had removed the book Understanding Loved Boys and Boylovers and the video game RapeLay as a result of similar controversies.

In its product description, the book’s author, Phillip R. Greaves II, described it as follows:

My attempt to make pedophile situations safer for those juveniles that find themselves involved in them, by establishing certain rules for these adults to follow.  I hope to achieve this by appealing to the better nature of pedosexuals, with hope that their doing so will result in less hatred and perhaps lighter sentences should they ever be caught. 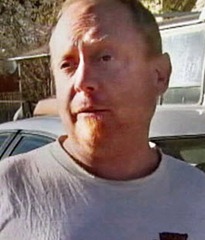 Fort six year old author Phillip R. Greaves II, of Pueblo, Colorado told CNN that he published “The Pedophile’s Guide” to address what he considers unfair portrayals of pedophiles in the media.  Greaves told CNN, “true pedophiles love children and would never hurt them” and that the aim of the book was to help people understand pedophiles and to give pedophiles guidelines under which to operate.