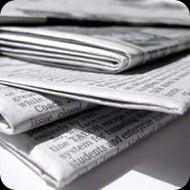 Two days after the bruised, emaciated body of a 4-year-old girl was discovered in a Brooklyn apartment, new information from officials emerged about her life and death as her mother on Saturday made her first appearance in court to face criminal charges.

In a criminal complaint, prosecutors outlined a fearsome litany of abuse that they said the girl, Marchella Pierce, suffered in her final days at the hands of her mother, Carlotta Brett-Pierce, 30. The girl, who had been plagued by severe health problems since her birth on April 30, 2006, weighed 18 pounds when she died, according to the complaint.

Ms. Brett-Pierce repeatedly struck the girl with a belt and a video box at their home on Madison Street in Bedford-Stuyvesant, the complaint said, citing a witness account. The mother lashed the girl to a bed with twine and forced her “to take blue sleeping pills,” the complaint added.

The girl’s body was emaciated and covered with bruises on her head, torso and limbs, and “ligature marks” were found on her feet, apparently from where her mother affixed them to the bed’s footboard with twine, the complaint said.

In interviews with detectives, Ms. Brett-Pierce admitted tying the girl down on Wednesday, “because the child was wild,” Tracey Downing, an assistant district attorney, said at Ms. Brett-Pierce’s arraignment in Brooklyn Criminal Court.

“The mother said she tied the child because the child got up at night and ate from the refrigerator and made a mess,” Ms. Downing said.

The abuse took place when, in the opinion of a physician for the medical examiner’s office, the girl’s state of malnutrition “put her at a grave risk of death,” the complaint said.

In an arraignment that lasted about 10 minutes, Ms. Brett-Pierce stood silently, dressed in a hooded white sweat shirt, blue jeans and white sneakers. She clasped her hands behind her back. At one point, she smiled and waved to her mother, Loretta, and to her brother, Brian Colas, who sat together in the courtroom. Her mother waved back.

The case is still under investigation by law enforcement and medical authorities, as well as by the city’s Administration for Children’s Services, which had been monitoring the family since at least November, officials said.

Ms. Brett-Pierce’s lawyer, George Sheinberg, pointed out that his client had not been charged with homicide and said she should be released on her own recognizance. But Judge Leonard P. Rienzi ordered Ms. Brett-Pierce held on $300,000 bail, which appeared to visibly distress her relatives.

“My sister loved her kids,” Mr. Colas, 23, said outside of court after the hearing. He said the proceeding was the first time he had ever heard allegations that his sister had restrained or beaten her child.

“The media’s trying to make her into an animal,” added Mr. Colas, who the prosecutor said lives in the apartment with Ms. Brett-Pierce.

After the arraignment, Mr. Sheinberg said, “There is nothing to defend until I get the preliminary reports and autopsy reports.” He added: “The complaint can say many things, but until we have evidence of what happened, if anything happened, I have nothing before me. We don’t even have a medical examiner’s report; we don’t have hospital reports.”

A spokeswoman for the child welfare agency said workers were still examining records for information on the case.

An autopsy conducted Friday was inconclusive, and Ellen S. Borakove, spokeswoman for the medical examiner’s office, said Saturday that further studies, including forensic testing, investigations and an analysis of medical records, could take a week or more.

The girl’s plight became public after her mother dialed 911 on Thursday morning, saying her daughter was unresponsive when she tried to wake her. Ms. Brett-Pierce told investigators her daughter had fallen down stairs, but the bruises on her body were inconsistent with a fall, Ms. Downing said.

Ms. Brett-Pierce was charged with second-degree assault, endangering the welfare of a child, unlawful imprisonment and reckless endangerment, according to the complaint. Mr. Sheinberg said a grand jury hearing would probably take place on Thursday.

The girl’s father, Tyrone Pierce, 30, who is separated from Ms. Brett-Pierce, was present in court on Saturday but declined to comment.

The complaint said a broken video box “with what appeared to be blood on it” was found at the family’s home. An official said a plastic container used to hold a VCR cassette was found in the garbage at the home.