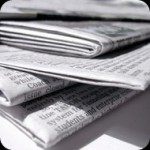 The Boy Scouts of America have reached a financial settlement with six men who say they were sexually abused when they were members of the same troop in Oregon in the 1980s.

The settlement, whose terms were not disclosed, was reached last week and announced Wednesday by the plaintiff’s lawyers. It was confirmed by the national scouting organization, which is based in Irving, Texas.

“I’m so glad this is over,” Kerry Lewis, 38, one of the former scouts, said in a conference call with reporters.

Deron Smith, a spokesman for the Scouts, said the organization was “deeply saddened by the events in these cases” and extended its sympathies to the victims. He said the Scouts had taken steps to improve its youth protection program and provide a safer environment for boys.

The settlement comes after a trial in which a jury awarded Mr. Lewis $19.9 million in damages in April. His lawyers, Kelly Clark and Paul Mones, based in Portland, are representing more than a dozen other former scouts in abuse cases around the country; several others are also pending.

The six former scouts had initially joined in one lawsuit, in 2007, but the judge in the case, John A. Wittmayer, selected Mr. Lewis’s case to go to trial first. At the trial, a former assistant troop leader, Timur Dykes, admitted to molesting Mr. Lewis when Mr. Lewis, who still lives in Oregon, was about 12. After the verdict, the judge sent both sides into mediation in hopes of reaching a settlement in all six cases.

The Scouts intended to appeal Mr. Lewis’s jury award and had not yet paid it, Mr. Mones said; a payment to Mr. Lewis is part of the negotiated settlement, but his lawyers would not say whether his settlement exceeded his jury award. The Scouts were ordered to pay the State of Oregon $2.25 million in punitive damages.

The lawyers said their clients had decided to settle because their cases could have gone on for years.